If you’re interested in the world of technology, then cloud computing will not be a foreign term to yourself.

It is arguably one of the most rapid and advanced piece of technology that we have seen in the past century that has been adapted and utilized by almost every industry on the planet.

For this reason, Net Technical Solutions, who are a business technology support center in Surrey, have produced this infographic to help educate and inform anyone who wishes to explore the use of cloud computing for their business.

This infographic walks you through the different types of cloud computing structures that you could use depending on the nature of your intended use. It also goes on to look at the exciting part of cloud computing technology, that is of course the future and what industry experts are predicting and forecasting for cloud computing.

We are keen to know what your thoughts are on cloud computing and the future, so make sure you comment and join in on the conversation by commenting below.

Cloud computing is a fairly new concept to many people, although it has been around for several  years, that has attracted the attention of many small businesses, large corporations and productive individuals.

There are a lot of advantages that come along with cloud computing, especially in companies where multiple employees need to access the same files from multiple computers or locations.

Cloud computing abolishes the need for servers or physical hardware within your office space and essentially cuts down the expenses cost to your company or yourself.

For this reason, a lot of individuals and companies are using cloud computer systems within their business.

However, whilst using the service, you may find that you come across a number of problems.

Some you can solve yourself and this article will outline those problems in which you can. However, some cloud computing problems require you to enlist the help of IT and Hardware Support specialists.

The threat of security issues

One of the major problems that put some companies off migrating to a cloud computer system is the circulating issues of security flaws within the system.

Due to the nature of a cloud system, where by you access your files and applications through an internet connection, it opens it up to several attacks from hackers that may want to corrupt or use your data.

However, you should find that most cloud service providers offer optimum levels of security and risk management to ensure that all of your programmers and documents are kept safe and secure.

You can also ensure that you choose sufficiently secure password for you and your staff to use as well as a protocol for employees to follow when using your service.

A problem that some companies face when it comes to migrating their servers to the cloud is the issue of compatibility.

To ensure maximum compatibility, always keep your software up to date. The latest Windows software is; Windows 8  for Windows computers and OS X Mavericks for Apple computers (as of April 2014).

If you chose to download files, pictures or watch videos through the cloud then you may be placing a heavy burden on your bandwidth speed and general performance.

If a lot of your employees are downloading files or streaming videos through your cloud service, you can find that performance and the speed of downloads will suffer.

Although, this can be resolved by implementing guidelines for what staff can or can not download or stream, or by upgrading your service to a larger and faster package.

To sum up, cloud computing has been around for several years now, but it is only until recent years that companies are starting to realise and utilize its potential, however some companies are put off using a cloud service due to some of the potential threats that come alongside with it, these threats however are easily remedied by either yourself or by your cloud hosting service provider.

Bradley Sheldrick is a blogger that has interests in many topical fields. This article looks at the typical problems that businesses may have when using cloud computing solutions which was sparked by his recent work for NT Sols. 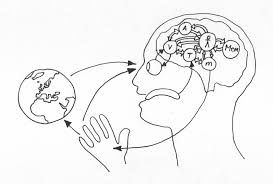